Hello patients. wassup!!!! It's been 5 months I guess from my last post, all thanks to my laziness, guilty. Since I am too lazy to give honest review about restaurants around J Town as usual, I'll be sharing my last holiday in Bangkok. Here we goooo

Last September, I went to Bangkok with a couple of friends. Since we are living in different countries and provinces, we decided to go on vacay in Bangkok. A vacation that was planned almost a year ago and yet Ratu Lebah didn't make it. Shame on you Ratu Lebah!

I and Nenek Lampir bought this really cheap CGK-DMK return ticket from Lion. Should've known better but we are so cheap we sacrifice everything for the ultra cheap 1.200.000 IDR ticket. We were fooled... The schedule is changed over and over again, we decided to get a refund for the DMK-CGK ticket. Booo!!!!

Anyway, Nenek Lampir and I arrived in Bangkok around nood and we went straight to our hotel. We stayed at Centara Watergate Pavilion Hotel. A new 4 star hotel around pratunam. Walking distance to Platinum, located steps away from Paladium Shopping Mall. The hotel itself is located on top of a shopping mall but not a very good one. I highly recommend the hotel, excellent service, affordable price and great location.

Nenek Lampir couldn't hold her excitement and forced me to have a mini tour while we're waiting for Ms. Momo and Fab Doctor to arrive. First, we grab some food. OMG we're starving... I took Nenek Lampir to the food court in Platinum. I love the place, cheap eats, authentic thai food and yummy!! 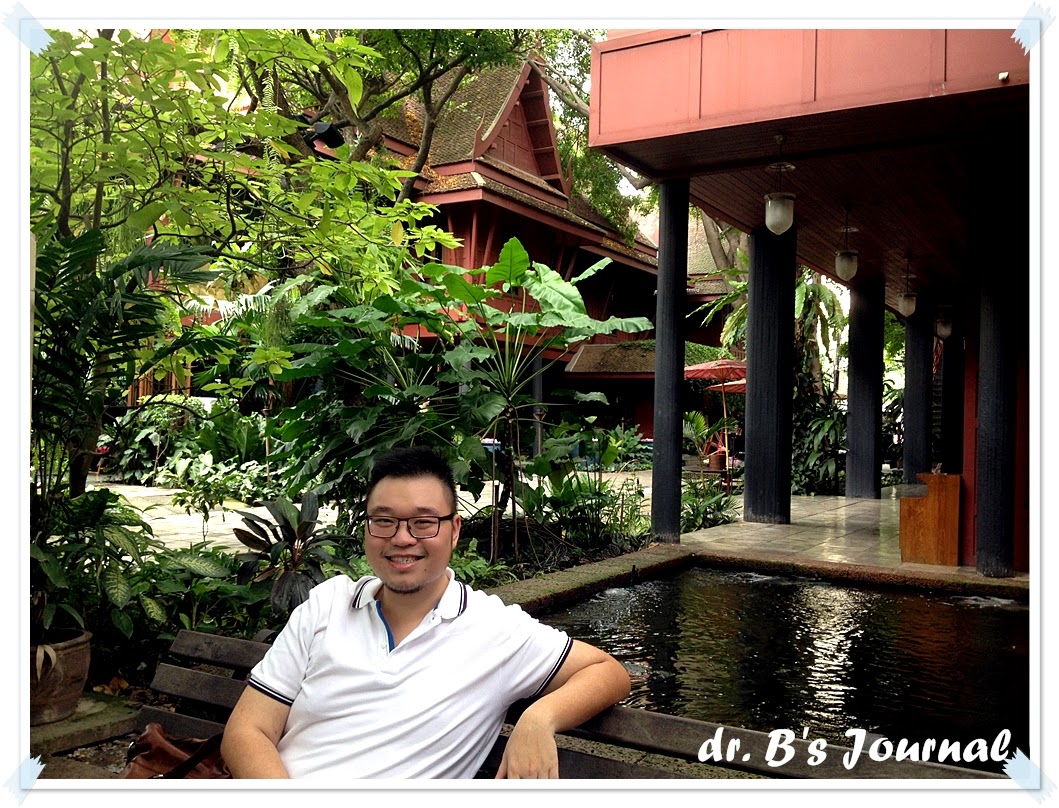 We went to Jim Thompson's House after lunch. Jim Thompson is a bule a.k.a caucasian (forgot where came from :p) who lived in Bangkok around the 50's. He was a rich guy and have good relationship with the royals of Bangkok. His house was amazing! Located on the riverside, the house is a combination of traditional Thai house with a touch of european elegance. We can see lots of antiques that Jim collected. The collection was impressive, ancient statues, ceramics and some ancient paintings that Jim recovered from all over Thailand. 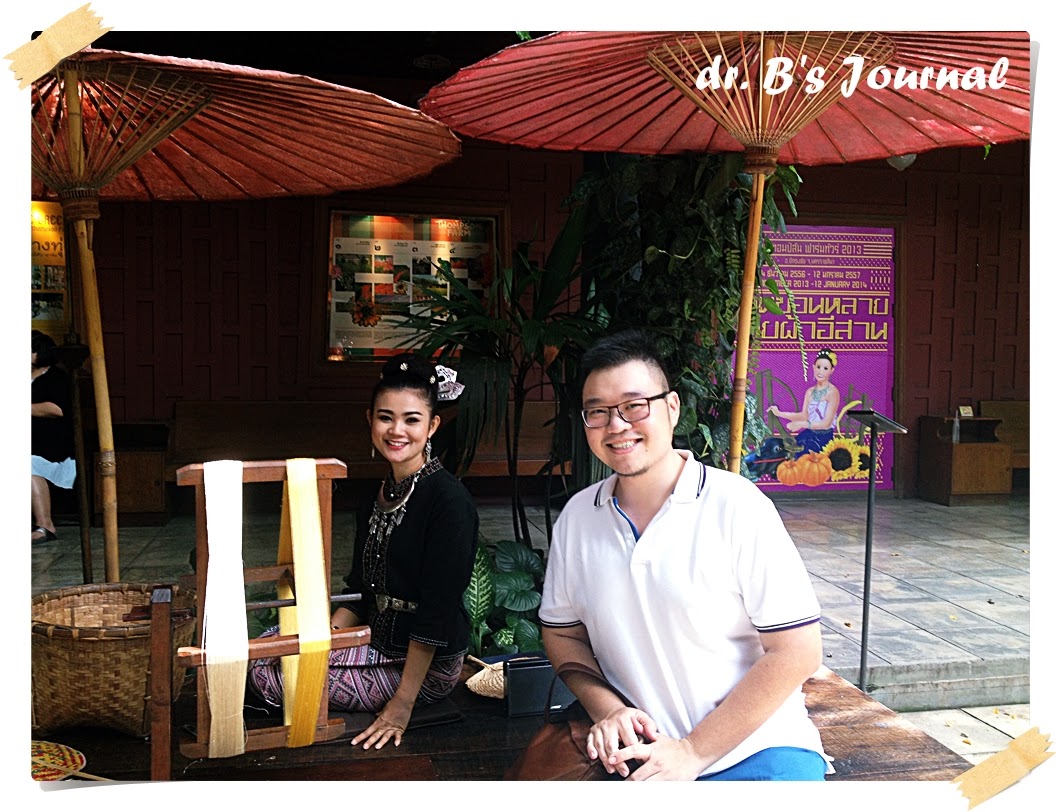 Dr. B Tips: While travelling in Bangkok, don't be a cheapskate. Bangkok is even cheaper than Jakarta in terms of living cost. So grab a taxi or tuk tuk, don't waste your energy on the sky train. Short trip by taxi or tuk tuk cost around 100 baht (33.000 idr) You can share with friends so it is very very cheap. A trip using sky train cost around 50-100 baht, not that cheap right?

Later that evening, we went to dinner. Ms Momo and Fab Doctor had arrived around 7 PM. We decided to grab a bite in Central World Mall. Looking for a thai restaurant (i know, it's so cliche), we grab a random restaurant since Nara is full. 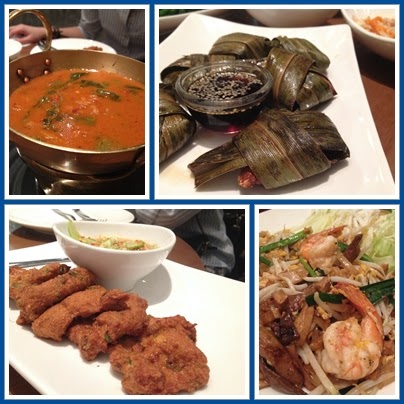 The food was good (not great) The taste is just okay, not much different from the ones in Jakarta. The som tum is excellent! This you can't find in Jakarta :( We ended the night at Vertigo, a sky bar on Banyan Tree Hotel. I'm not a huge fan of sky bar, it was just ok. Nothing special, just another dark and windy bar with pricey drinks. 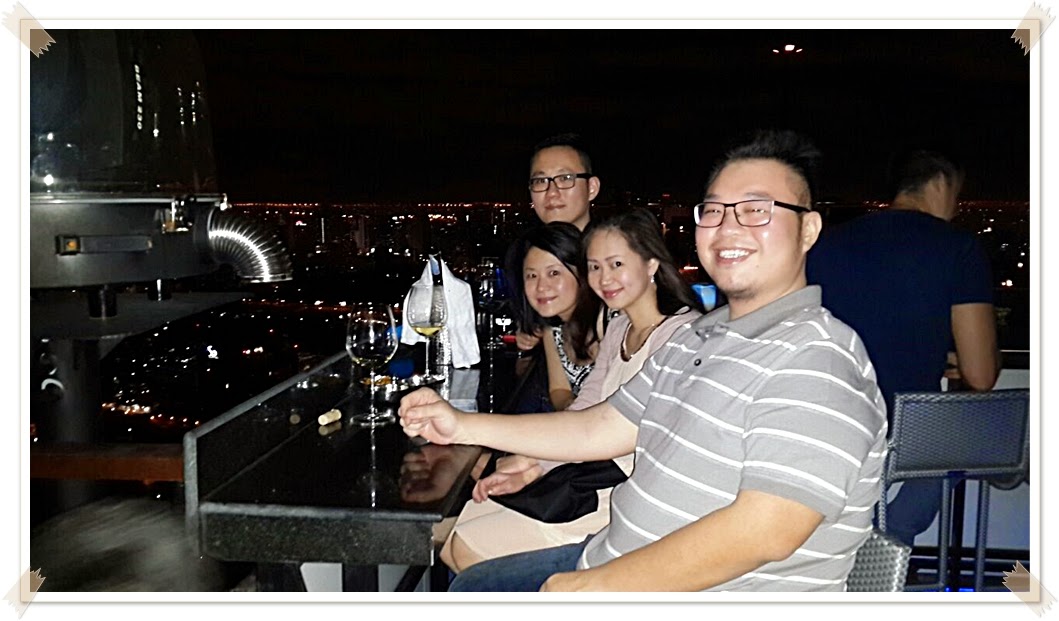 Last... I'll skip to breakfast. The next morning, after extensive googling, we decided to have breakfast in this little cafe called Cafe Tartine.  An expat place with pricey food. I was not impressed at all. The place is cozy but the food is sub par. Good coffee though :) 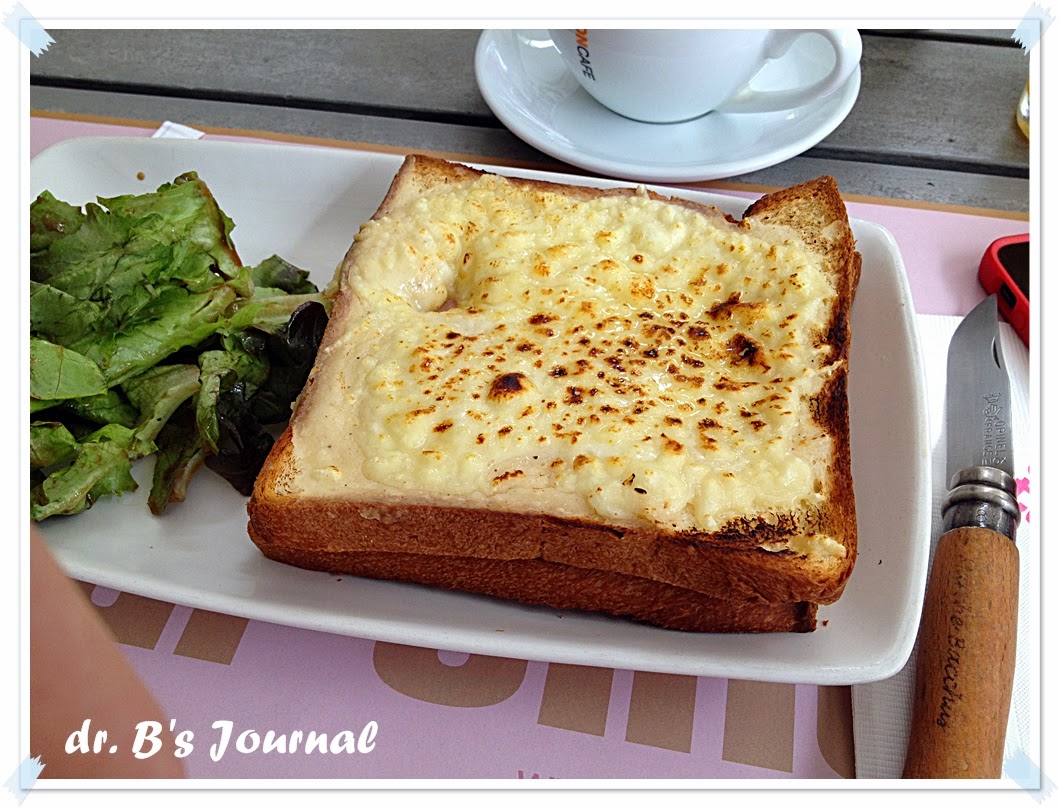 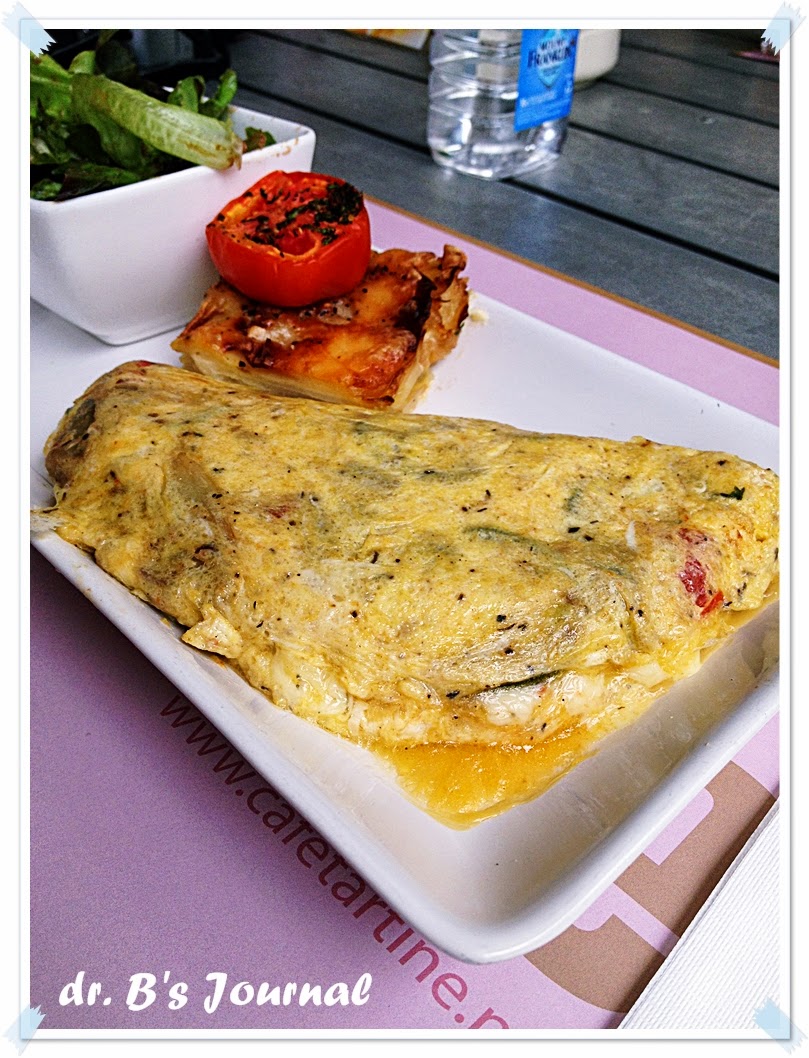 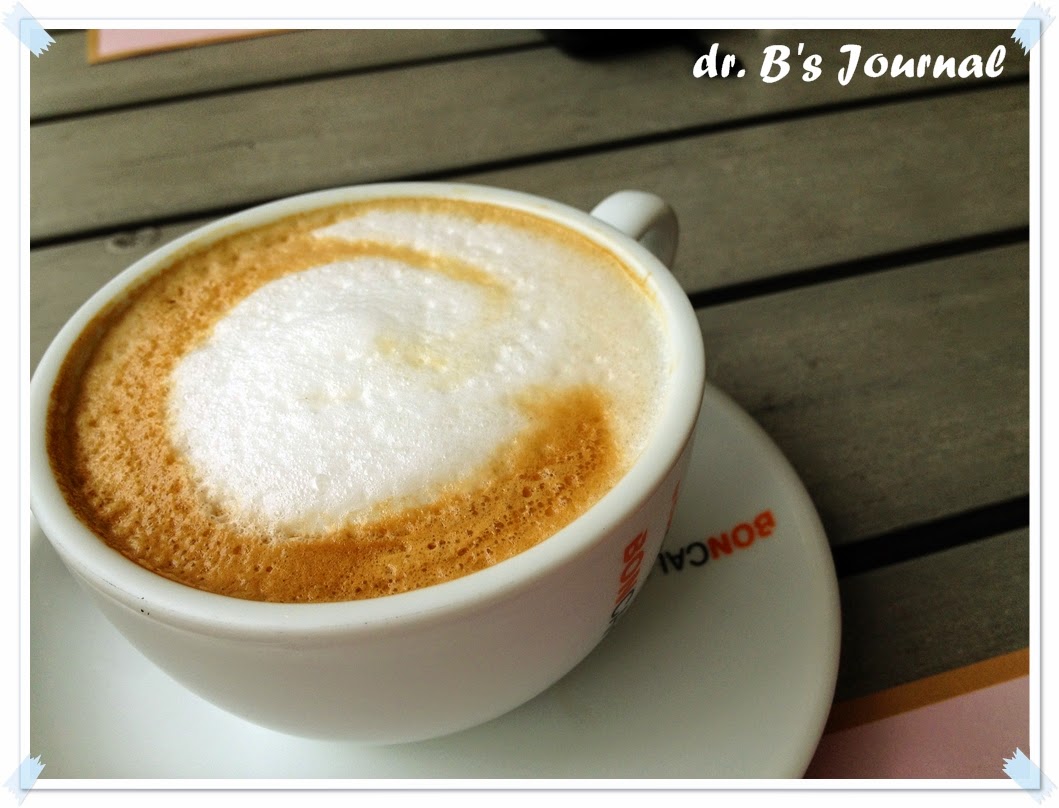 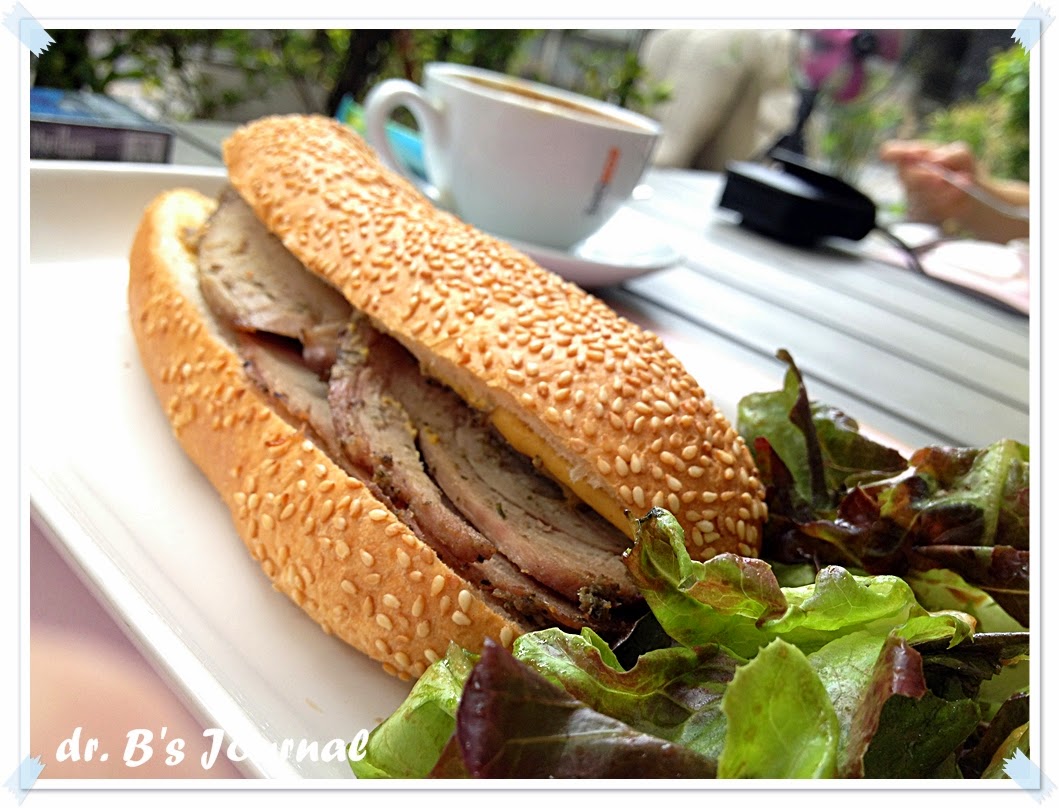 Okay patients see you around :)
Posted by Unknown at Wednesday, December 17, 2014