I stumbled upon a new dessert place at Plaza Indonesia. When I first saw MOF, i thought it was some japanese cheesecake place, like Miki but it kinda resembles Matcha Moon at Plaza Senayan. Since it's located near the escalators, it is very crowded... 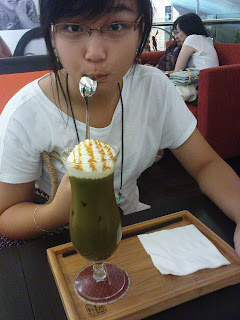 2. Macha Shake (Rp. 39.500)
Yummy! Tastes like starbucks green tea frappucino but a lot better. Sweet and creamy... be carefull of the callories :p 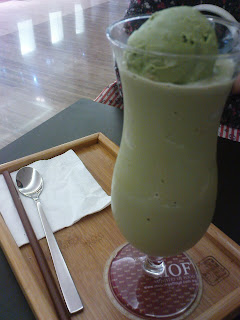 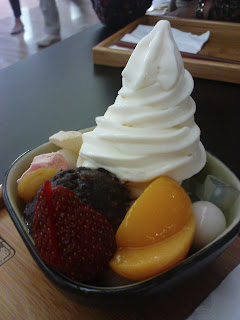 A nice place to sit and chat with family and friends.. It's pretty expensive but again, location is the main factor of price nowadays rite?