I think everybody knows Ta Wan rite? A Chinese food franchise u can find in every mall in North and West Jakarta. No, this is not the first time I eat here but since I don't have anything to do, I post this :p

The pictures below are taken when I had lunch at Ta Wan Margo City, Depok. The four of us were fed up off Indonesia food in Depok area, so we ate here :) 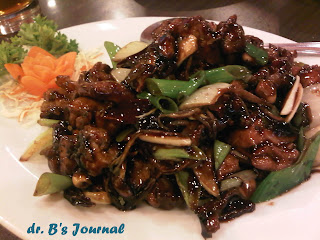 Everybody knows this... Stir fried diced chicken, with nuts, onions and dried chili. I kinda like this dish, it's not as hot as a 'real' kung pao but has that spicy taste that goes very well with rice. Quite delicious 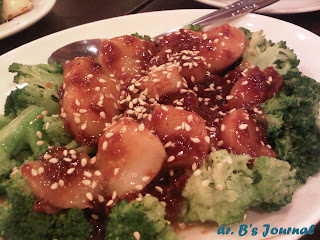 Yuck.... Boiled or maybe steamed broccoli with scallop, with some red sauce on top. The red sauce is made from bean curd I think, my mom called it "thou fu yi". Usually, it is eaten with porridge but they make it into a sauce and tastes like shit 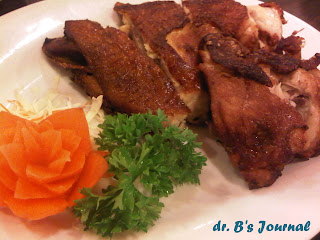 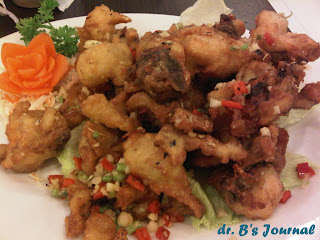 The taste of it is actually pretty good. It's fried and salty, a deadly combo rite? Unfortunately, I can't taste the crab at all, so it's very disappointing 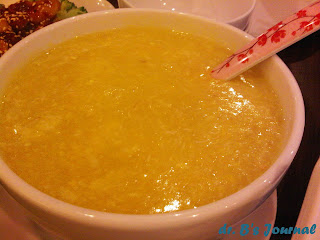 There's something 'bout cheap corn and crab soup that makes me crave 'em. It's sweet, it's simple, it's warm and it satisfying. Of course when u have a 30k per pax soup, it'll taste wayyy yummier... but still, love this cheap soup :)

Ta Wan is and will always be a place to grab a decent yet reasonably priced Chinese food. Go for the specialties such as Lumpia Leehongkian, Sapi Lada Hitam and Cumi Lada Garam coz they will not fail u. The porridge is also good but since I don't like porridge, I rarely order them.