The Duel (Koiki VS Ten Ten) 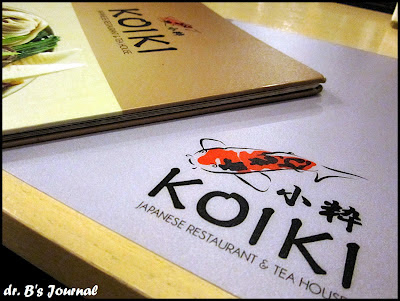 Koiki is a small japanese restaurant at the basement of Plaza Indonesia. Having soba as their specialty, this restaurant is never packed. (maybe because of the high price and the not-so-strategic location) Decor is simple and nice although they could try to make it feel more japanese :) 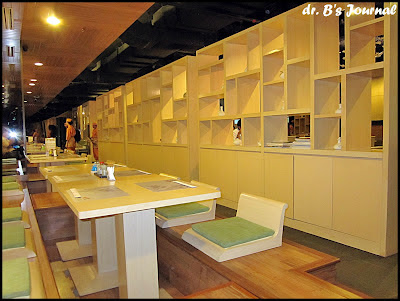 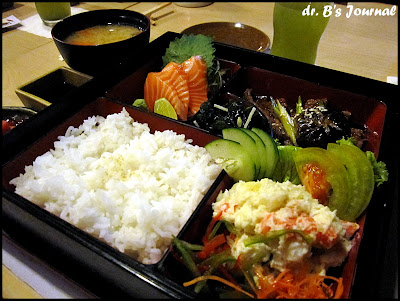 Please know that I visited this place back in Oct 2011 so I forgot about the detail of the food :( The bento is nice with enough portion to feed two girls (or in my case, making me full *wink*) The beef was tender and the salmon was fresh. Taste wise, improvement is needed to make it stand out among the other japanese place around Plaza Indonesia. 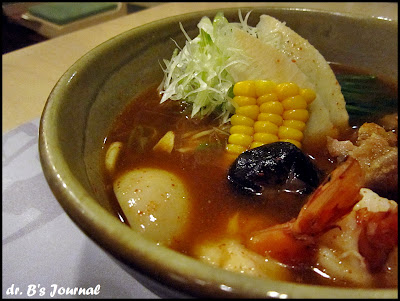 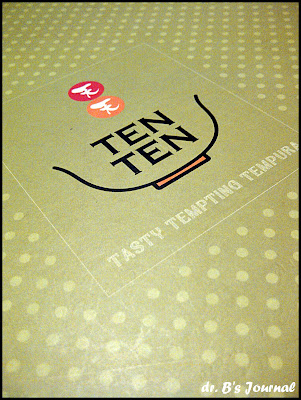 Ten Ten is a member of Boga Group, a group of restaurants which consists of Sushi Tei, Pepper Lunch, Rakuzen, etc. Simple and casual place with light colored wooden decor and warm lighting, this place can be quite inviting. 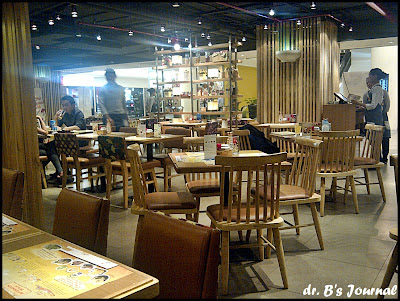 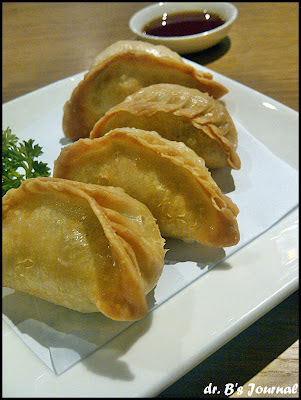 Standard issue fried gyoza. Too crispy for my liking, didn't like it that much. 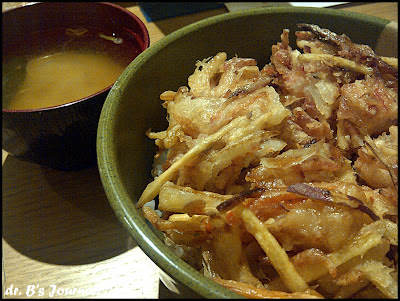 Don is a rice bowl. Kakiage is a fried tempura with vegetables filling. IMO, it looks just the same as "bakwan sayur or bala bala" in Indonesia cuisine. Loved the kakiage but not the ebi tempura.

Ten Ten offers wide varieties of tempura but the shallowness of the menu just destroyed my appetite. The sauce tastes weird... The concept is well thought but executed poorly. 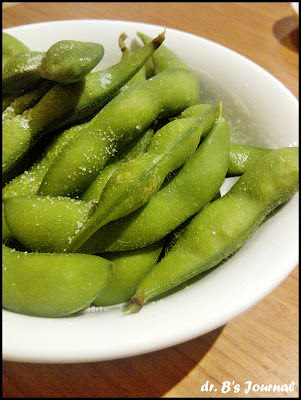 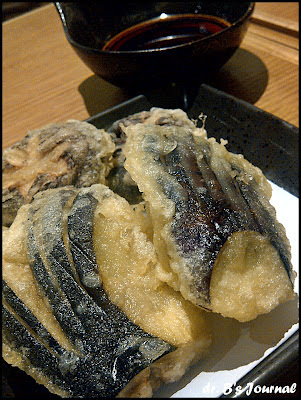 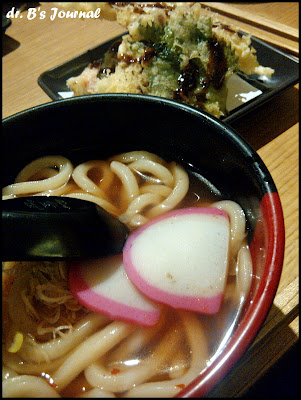 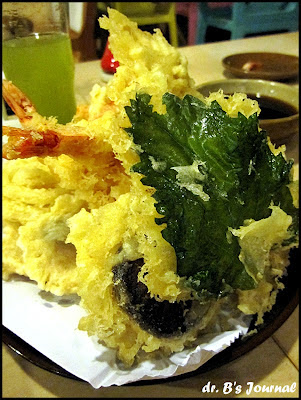 Hooray, another Ismaya establishment just arrived at Gandaria City Mall. I think we all agreed that despite the so so quality of food, all of Ismaya's restaurants have a a great concept and very very cozy. Fook Yew is the perfect example of it :) 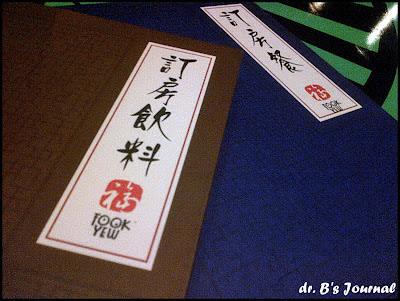 One thing I noticed is that this place is not crowded even though It was just opened. Remember Kitchenette and Pizza E Birra when they first opened? I wonder, is this a sign of Ismaya's fall? 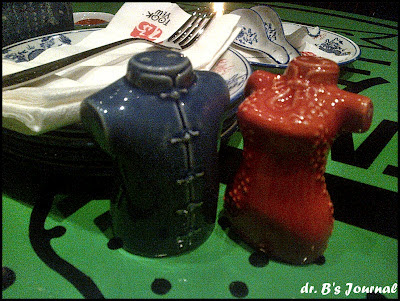 The concept of Fook Yew is modern chinese fusion restaurant with chinese themed movie decoration. Consisting of non-smoking and semi open smoking area (which I think is really really cozy), Fook Yew is definitely the best place in Gandaria City (In term of coolness of course)

The food:
1. Chicken and Prawn Shang Jian Bao (Rp. 27.000)
Firstly, this is my first time encountering this food. +1 for Fook Yew. I thought it was a pan fried bakpao like the one in the usual dim sum place but guess what, Fook Yew prepared something special for us :) 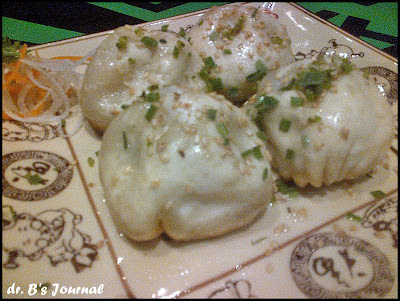 Be careful because it will squirt hot juice the moment you sink your teeth into the bun! Trust me, I was careless and ended up getting that super hot liquid all over my cheek. Surpriseeee, it's just like xiao long bao! The difference is the Shang Jian Bao use chinese bun instead of some sort of won ton wrap.


It was YUMMYLICIOUS!!!! The broth was flavorfull, the sesame seed and finely chopped scallions are just heavenly fragrant. *happy* 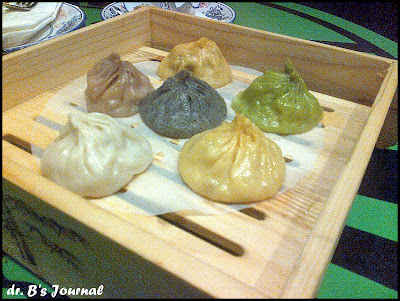 The xiao long bao is just okay for me. I can't taste any meaningfull differences between the coloured xiao long bao, all of them tastes the same for me. The skin is too thick but the broth is not bad. Notice that the price is super cheap!!!! 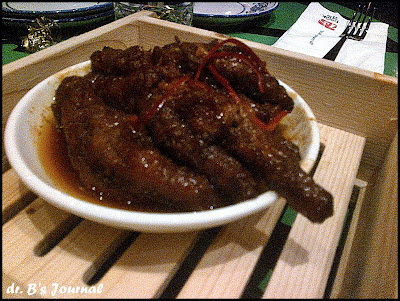 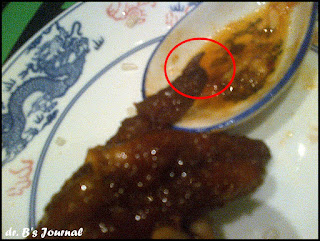 The chicken feet is also okay.. not outstanding at all. ATTENTION!!! I found an uncut chicken nail in one of the feet, totally grossed me out!!!! 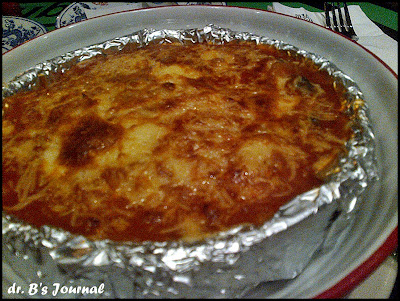 Iughhhh... Sorry Fook Yew but putting this dish as ur recommended menu is a huge mistake. First, the sauce. Taste like sweet and sour sauce from a cheap eatery or the one you find in campus canteen. Ugh... The chicken is like steam on tomato sauce, the upper crust (dunno what it was made from since I thought it was chesse but taste nothing like cheese) is tasteless, the rice is also tasteless. Very very disappointing 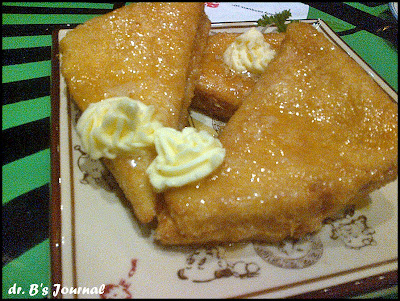 Desert time! A weird one I might add. The toast is french toast with peanut filing and lots of honey on top. Flower shapped butter is not helping at all. 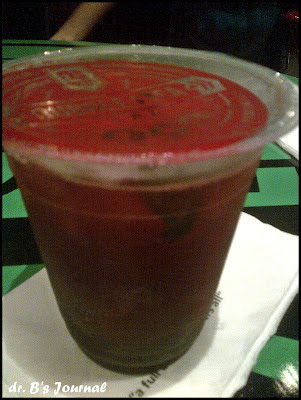 Ismaya knows how to party and this is why. This funky alcohol based bubble drink is an innovation and me likey! The light freshness of a bubble drink with booze all over is mindblowing.

Fook Yew is a place to hang out, grab a drink and smoke some Ice Blast. But... For the food, still a long way to go in becoming a great chinese restaurant.

Bluegras is a bar and grill located in Kuningan Epicentrum area. This area has become a new go to place in Jakarta. With many new hip places opening here, it's a must go for you patients :)
This cozy place is located in the marketing gallery. The decor is very macho. Wooden furniture with big wooden doors. A bar with high chairs and some sofas, this place screams classic american. Although we were seated in the outdoor area, it's not hot, thanks to the opened doors allowing AC to flow to the outdoor area and the windy weather. 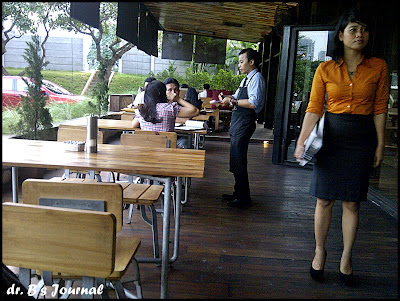 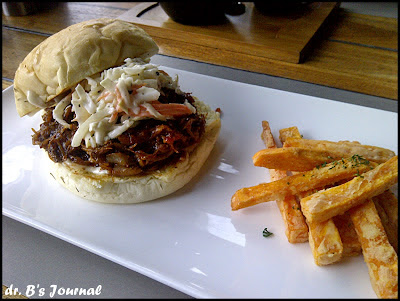 Yummylicious!!!!! I don't know what pulled pork is!!! When I was presented with a burger bun and some shredded meat, I was like.. damn... WTF. But then... My first bite... and... DAMN, this is yummy! The burger bun is thick and rather soggy with heavily drenched with mayo coleslaw inside. The pork is shredded and mixed with a sauce tastes like a cross breed between hoisin sauce and bbq sauce. This dish is awesome! The only bad thing I can think off is the amount off sweet potato fries. Come on... Pretty presentation doesn't have to be in small portion right? Put some more, you are a bar/grill not a cute bistro. 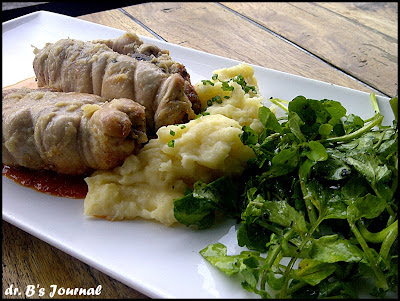 This one is Mamah's order and it was rather disappointing. We were expecting a grilled chicken not this weird chicken meat with cheese stuffing. The taste is rather bland and honestly the stuffing made it even worse. Of course it's edible but for something like that to be put as one of the recommeded menu, big no no. The watercrest salad is okay but the mashed potato is off the roof. Super yummy! 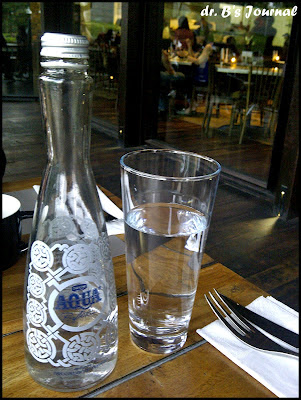 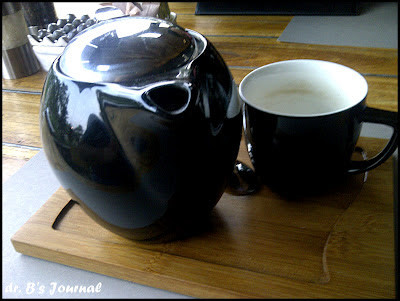 Definitely gonna come back for more grilled menu. The place is exceptionaly cozy and with that bbq sauce, I will surely come back