This is a new porridge place in Muara Karang. I tried this resto about 3 months ago and I just ate there bout 3 hours ago. The billboard said that it is from Singapore... Is it true? The menu is very limited. They only have 2 kinds of frog dishes to be eaten with porridge or maybe rice but the frog is so damn delicious. The porridge is Rp. 8000 per pot, it serves about 5 small bowls. The Frog with Ginger is Rp. 54.000 (2 frogs). 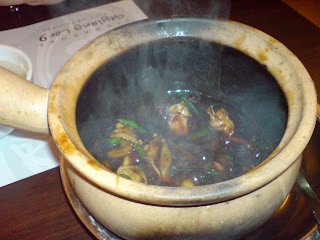 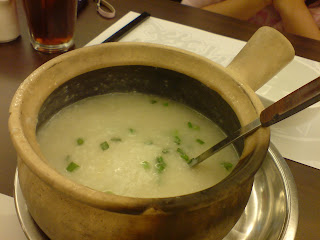