Since my life in the last few days were quite monotonous, i don't have anything to write.... So, I decided to write some reviews about my latest DVD collection

1. Gossip Girl (Season 2)
A story about the scandalous life of young Manhattan elites (as the narrator claimed) and also the people living around them. It's quite entertaining (I guess...) Beautiful people and money never hurts right? I've only watched 2 episodes so i don't have much too say. I think the cast are doing much better but they really need to tone down the scandal a little bit. Nate is banging Blair's (his ex) new boyfriend's stepmom (who's actually a duchess) Chuck is hanging on the beach with 3 topless latina hotties? C'mon.... We don't want Melrose Place to come back..... Especially if they are still underage!!

2. Bones (season 4)
Based on the novel by Kathy Reichs. It's about Dr. Temperance Brennan a.k.a Bones and her FBI partner Seeley Booth solving numerous cases using the skeleton of the victim. It's one of the best TV series i've ever watched. The leading roles got the chemistry, strong characters and very nice script! The cases are unique but not over the top. It's still focused on the cases but there's a little bit of drama here and there. Very recommended for CSI type audience!

3. Private Practise (Season 1)
This one is a spin-off of Grey's Anatomy. It's about the life of Dr. Addison Montgomery in LA. Of course Grey is still better but this one is lighter. It's funnier, more relaxed and not so dramatic. Some clinic romance, a touch of heart warming medical miracles and LA beaches, not bad for an alternative lullaby.

4. Lipstick Jungle (Season 1)
A Sex and the City wannabe, the show focusses on the life of 3 of 50 most powerful women in New York (according to the Post). Wendy Healy, a CEO of Parador Pictures, Nico .... (forgot the last name), Editor in Chief of Bonfire Magazine and Victory Ford, a talented fashion designer. From the dillematic life of a working mom, a lonely marriage of a female exec to the struggling life of a designer, this series is quite entertaining! Not too flashy and fashionable, appropriate sex scene and very real conflicts make this series worth watching. 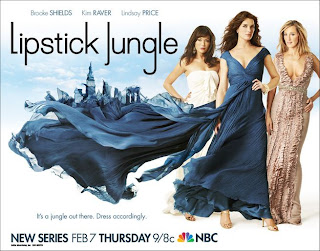 5. Cashmere Mafia (Season 1)
The twin sister of Lipstick Jungle but it's more serious and dramatic. The actually forgot the name of the characters, one is Lucy Liu, a head of a publishing company, Mirandda Otta, COO of a hotel group, and the other two is a high level exec in a cosmetic company and investment company. Since their background is more business-sy, no wonder this one is more serious than Lipstick Jungle. 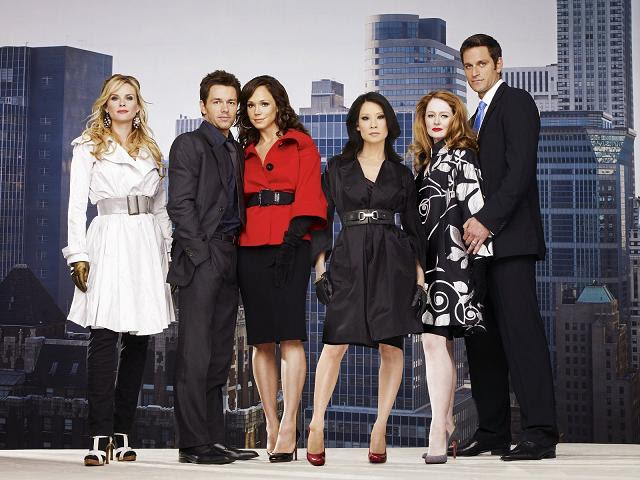 6. Numbers (Season 1 and 2)
Another crime solving type of show.... It's good!! (Don't blame me, i like this type of series...) Actually it's nothing special but it's kinda unique. A math genius helps his FBI agent brother solves crime using his math skills. I don't understand a single thing when he started all that math shit but it's kinda cool 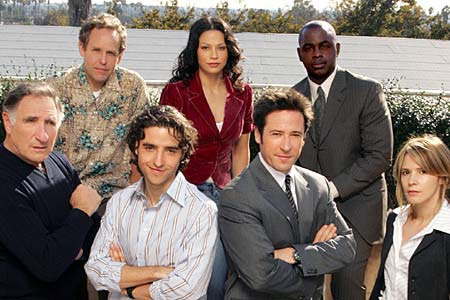 7. 30 Rock (Season 1)
Created by Tina Fey, it's suppose to be some hot comedy show in the US but pardon me, i didn't find anything interesting at all

8. How I Met Your Mother (Season 1-3)
This is the best! HILARIOUS!!!!!! It's about Ted Mosby, an architect, living in New York with his closest friends. They are Barney, the playboy; Marshall, the funny lawyer; Lily, Marshal's wife/kindergarten teacher and Robin, Ted's dream girl/anchorwoman. The series is actually a flashback about How Ted met his wife. Each episode is begun with Ted telling his children about a chapter in his life. It's very realistic (not some dream upper east siders) and sometimes touching. Very recommended!!! I thinks this is the best comedy series since Friends and Will & Grace