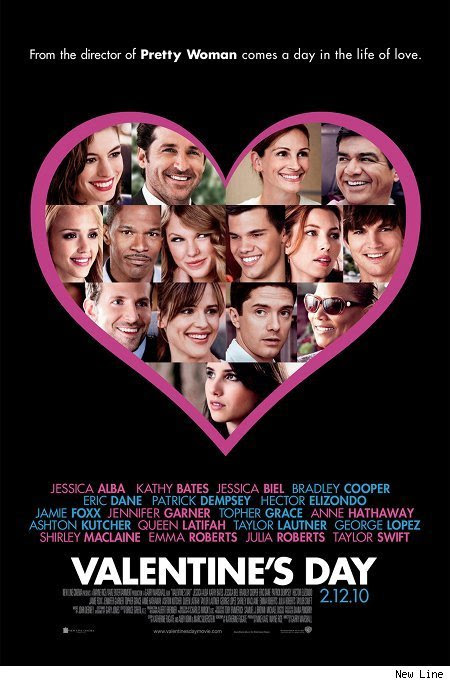 I know, basi banget ya hare geneeee baru ntn Valentine's Day.... Tapi yah maklum jomblo.... I find it weird that girls refuse to watch this particular movie with u, It's just a damn movie, why make it a biggie?

Anyway... Finally watched it when we were at GI, the same day as when we ate Waraku.

I dunno where to start coz this movie consists of a lot of different stories about valentine's day in LA. The main characters are Reed (Ashton Kutcher), a flower shop owner who proposed his GF, Morley(Jessica Alba) on V day. 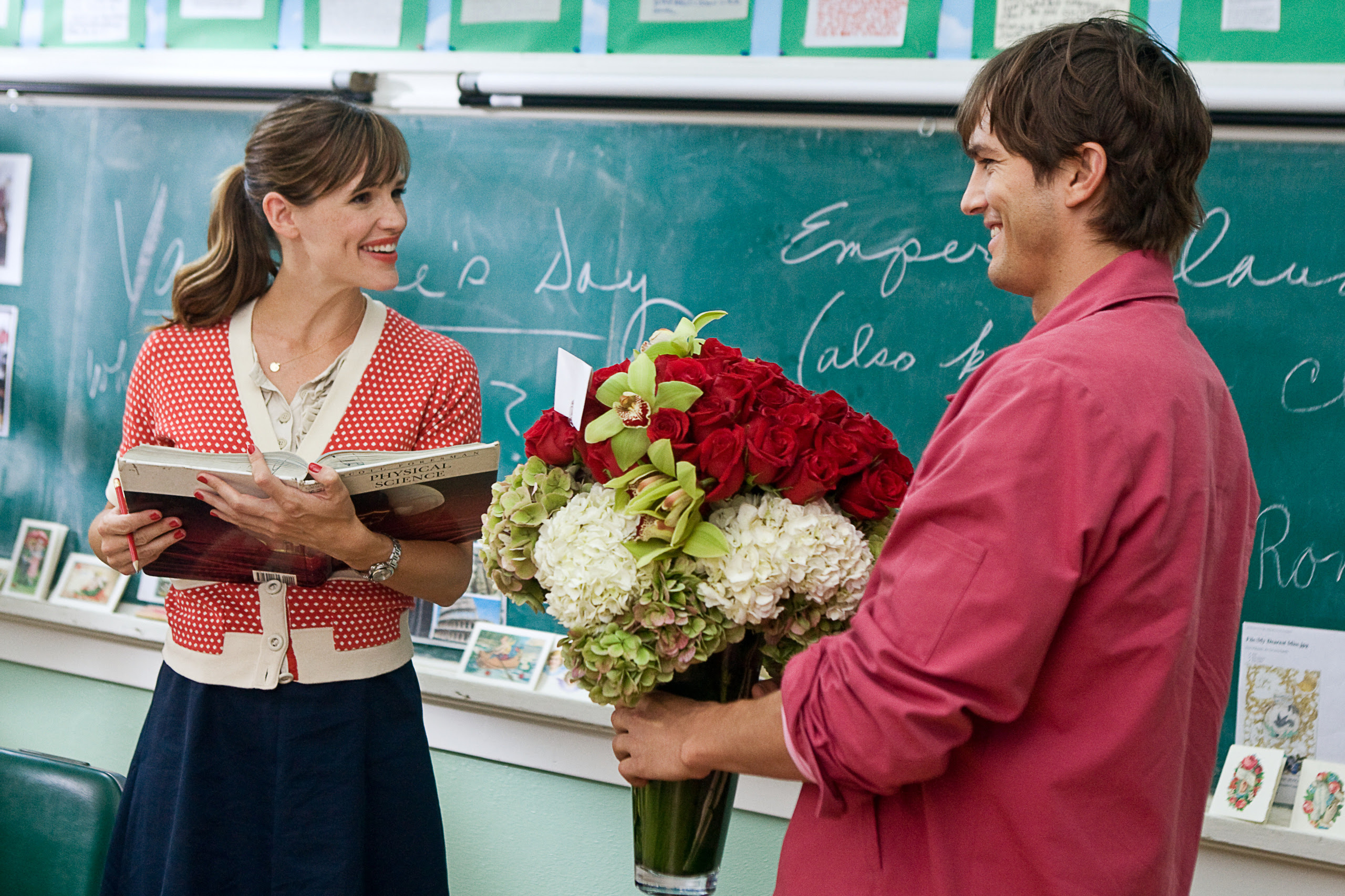 And then there's Julia (Jennifer Garner), Reed's BFF that's madly in love with dr. Copeland (Patrick Dempsey) without knowing that Copeland is married man. There Sean (Eric Dane), a gay athlete that just broke up and decided to get out of the closet, Jason (Topher Grace) a country guy that falls in love with Liz (Anne Hathaway), a receptionist who moonlights as an adult phone entertainer. There's manyy moreee i can't even describe it hehe

Overall I like this movie, altho I don't think it's romantic. Call me a cynic but I need more than a simple kiss at midnight or using a white rose to wake someone up. The best scene in this movie is Julia Robert's and Topher Grace + Anne Hathaway's. Now that's what I call romantic.

Too many stories with too many stars made this movie a bit confusing. A slow start at the beginning coz the movie has to explain all the characters one by one is booorringgg. Thank God it has a great ending :)

There's something bothering me, what the fuck was Taylor Swift and Taylor Lautner doin in this movie? They can't act, especially swift (and btw, swift is like UGLY! Where did pretty swift go???) and their scene is not even important. Were they in the movie to draw attention to this movie?