The Book of Eli

A dazzling poster I must say. Denzel look so cool in that... Combined with media hype from God knows when makes this movie a must see (at least I thought it was)

Denzel is playing Eli, A walker in the post apocalyptic era. A war made Earth a place so bad that even water is scarce. He walks and walks heading west, bringing a book to that unknown destination. In his journey, he met Solara (Mila Kunis) a girl whose mom is Carnegie's (Gary Oldman) mistress. Carnegie is looking for a special book. The book that is suppose to make the world a better place and gives Carnegie huge power. That is Eli's book...

Washington, as always, gives his 100%. Not his best but definitely top notch. Well the character of Eli is not that dramatic, even a bit boring. So I think this is what made him not as good as usual. Kunis is one hot babe!! Seen her twice this week (the other one was a short appearance in Date Night) She's gonna be big (and by big it's not the cup size, that one is perfect already :p)

The 'it' star in this movie is Gary Oldman. Thumbs up Oldman, that's one great performance... I actually feels more sympathetic to him than to Eli.. He is that good!! 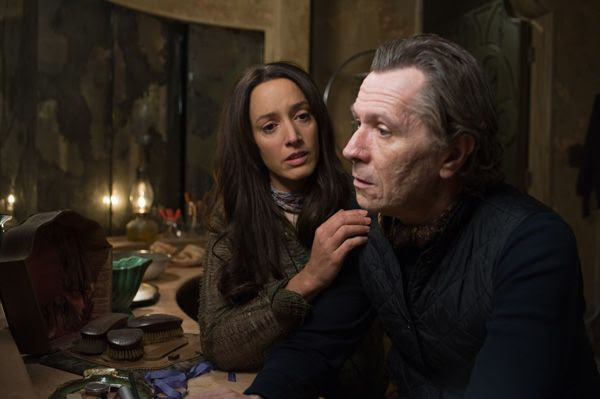 The story is boring.... The action scenes is a Kill Bill wannabe, minus the blood. The cinematography is first class but that doesn't help much. I was so bored, I fell asleep a couple of times. Thank God it's getting interesting in the last 30 minutes... If u expect this movie to be some super cool and adrenaline pumping action movie, prepare urself to be disappointed. It's just another heavy drama decorated with some action scenes